AMuSE investigates the field of sensory experience using visual and applied arts and exploring the artistic heritage of the different contexts that define European identity. The project’s aim is to improve sensory knowledge through the artistic process; to deepen research related to sensory data as a source of thought and creativity, to reveal local cultural traditions and promote the integration of the senses in the artistic process. AMuSE created a transnational platform among emerging artists beneficiaries of the project. The artists-in residences took place in Italy, March 2018 at MÚSES in Savigliano; in The Netherlands, September 2018 at Hanzehogeschool Groningen; in Lithuania, April-May 2019 at Dusetos Cultural Center; in Malta, September 2019 at Palazzo de la Salle, Valletta.
The pieces were hosted in the places of the residency as temporary exhibitions, and gathered in a final exhibition in Valletta. Malta Society of Arts is the oldest Maltese institution for the promotion of the arts and crafts. Duting its 164-year history it supported many Maltese and Gozitan artists who were sponsored through exhibitions locally and abroad.

Located at the Castle of Racconigi, Le Terre dei Savoia is an association that brings together more than 50 Piedmontese municipalities. It aims at giving value to the identity of the territory, its cultural and natural heritage, and tradition of excellence.

Dusetos Cultural Center and Art Gallery takes care of cultural meetings, concerts and shows in general. For twenty years its staff has been organizing exhibitions, symposia and events to promote artists internationally.

Hanzehogeschool Groningen, located in the vibrant city of Groningen, is a University of Applied Sciences which offers a wide variety of masters and courses, as well as a campus for students from all over the world. 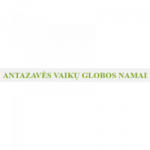 Antazave Child Care Home was founded in 1956, it aims to provide all children with a home in order to prepare them for adult life and integration into society. During its long history it has been assisting the most vulnerable social groups. 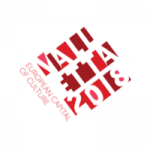 The Valletta 2018 foundation aims to stimulate the cultural, economic and social growth of the city and the islands through cooperation and the exchange of good practices. It is also responsible for the program for the European Capital of Culture 2018.

Certified school dealing with language and professional training. Every year it hosts more than 5,000 students who visit Malta to improve their knowledge of the English language.

We use cookies on our website to give you the most relevant experience by remembering your preferences and repeat visits.
By clicking 'Accept all', you consent to the use of ALL cookies. However, you can visit "Cookie settings" to provide controlled consent.
Cookie settingsAccept all
Gestisci Consenso

This website uses cookies to improve your experience while you navigate through the website. Out of these cookies, the cookies that are categorized as necessary are stored on your browser as they are as essential for the working of basic functionalities of the website. We also use third-party cookies that help us analyze and understand how you use this website. These cookies will be stored in your browser only with your consent. You also have the option to opt-out of these cookies. But opting out of some of these cookies may have an effect on your browsing experience.
Necessary
Necessary cookies are absolutely essential for the website to function properly. These cookies ensure basic functionalities and security features of the website, anonymously.
Analytics
Analytical cookies are used to understand how visitors interact with the website. These cookies help provide information on metrics the number of visitors, bounce rate, traffic source, etc.
SAVE & ACCEPT
Powered by